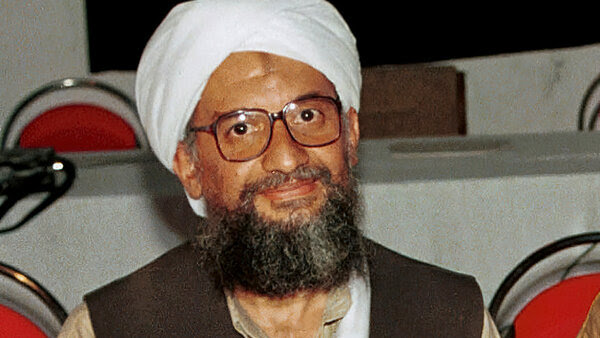 Ayman al-Zawahiri, AL Qaeda Leader and plotter of 9/11 killed in US drone attack. He was the head of militant group AL Qaeda and also involved in 9/11 terrorist attacks. President Joe Biden has confirmed that Al Zawahiri has been killed in a drone strike in Afghanistan.

According to the reports, he was slain in a CIA counter-terrorism operation in the Afghan capital of Kabul on Sunday.

Now, Biden said Zawahiri had “carved a trail of murder and violence against American citizens”. He further said adding that “justice has been delivered and this terrorist leader is no more.”

He was with his partner Saudi-national Osama Bin Laden in this case. And, he took over the leadership of the international terrorist group al-Qaeda following the killing of Bin Laden in 2011.

Accordingly, the US President Biden said he had green-lit the “precision strike” on the 71-year-old al-Qaeda leader. Officials say he was on the balcony of a safe house when the drone fired two missiles at him.

However, the US president said Zawahiri’s killing would help bring closure to families of 9/11 victims.  Those were nearly 3,000 victims of the 2001 attacks in New York.

Read Also: IS And Al Qaeda Are Gaining Strength In Afghanistan, UNSC Report

“No matter how long it takes, no matter where you hide, if you are a threat to our people. The United States will find you and take you out.”

“We shall never waver from defending our nation and its people,” he continued.

About Al Zawahiri, The Leader Of AL Qaeda

Leader of Al Qaeda Al Zawahiri was an Egyptian-born eye doctor and theologian. He led al-Qaeda for more than a decade from June 2011 until his death on Sunday.

According to Some experts, he was the “operational brains” behind the September 11 attacks. And, that sparked the US war on terror in Iraq and Afghanistan.

On the other hand Biden said that Zawahiri helped plot multiple acts of violence. Those including the suicide bombing of the USS Cole naval destroyer. That happened in Aden in October 2000 which killed 17 US sailors.

He also planned the 1998 attacks on the US embassies in Kenya and Tanzania, in which 223 people died.

Afterwards, September 11, the US State Department offered a $25 million reward for information leading to Zawahiri’s capture.

Then, in a 2020 agreement with Washington, the Taliban pledged not to host al-Qaeda. And, also any other extremist group in areas of Afghanistan they control.

Previous articleTech Tool That Precisely Measures Vitamins In Fruits And Vegetables
Next articleWorld Is At One Step From Nuclear Annihilation, UN Chief Warns