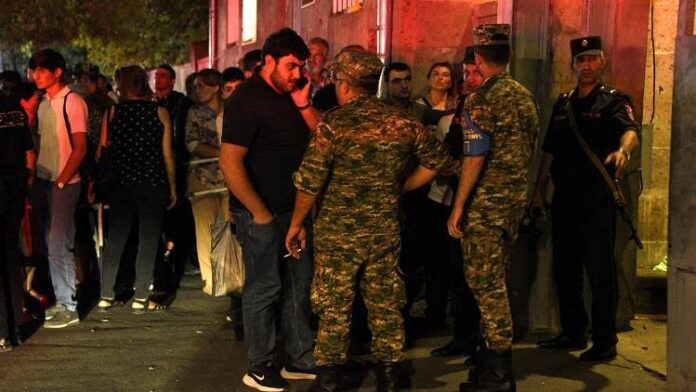 Armenia announced a ceasefire with Azerbaijan after deadly clashes. A recent clash between both countries killed 176 soldiers in two days.

Accordingly, this has halted a ceasefire agreement between Armenia and Azerbaijan, according to an Armenian official.

The two countries have been fighting for two decades. Now, we reached a deal on a ceasefire. Accordingly, the truce between the sides came into effect on Wednesday. The German Chancellor Olaf Scholz urged both countries to reach a peace deal this week .

“This conflict makes no sense. It costs human lives and it must be solved peacefully, with each other, between the two states.”

“The hopeful beginnings, which at least existed, are now of course endangered.

“Nevertheless, we have to work with all our strength, from the side of the European Union, also from the side of our country and many others to make it possible that a peaceful development between the countries becomes possible.”

Conflicts Between Armenia And Azerbaijan

Recently, Armenian Prime Minister Nikol Pashinyan claimed the latest violence had killed their 105 soldiers. On the other hand,  Azerbaijan foreign ministry said that Armenian troops have killed 71 of their soldiers. They had taken the definitive retaliatory measures.

Accordingly, Armenia and Azerbaijan have faced off over Nagorno-Karabakh. That is a region bordering both countries, for more than three decades. However, the two countries situated on the edge of Europe.

These countries clashed this week in their largest outbreak of hostilities in nearly two years. They have clashed in two wars over the past three decades for control of the Nagorny Karabakh region.

However, the last of which was in 2020. Now, both sides have accused each other of violating the ceasefire agreement. And, are launching new shells on Wednesday.

As a result, six weeks of fighting in the autumn of 2020 left more than 6,500 people dead. Then, it resulted in a ceasefire brokered by Russia.

Afterwards, s part of the deal, Armenia ceded parts of the territory it had controlled for decades. Then, Russia deployed some 2,000 Russian peacekeepers to oversee the fragile truce.