Boris Johnson’s Response In Climate At Stake In COP26 Summit 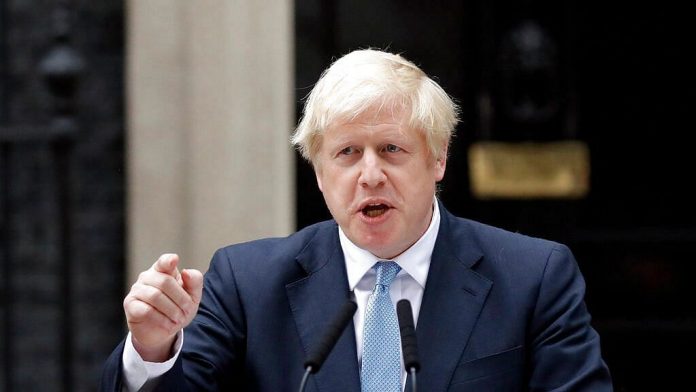 Boris Johnson’s leadership is at stake against climatic actions in the run up to the Cop26 Summit. The Summit’s Net Zero Strategy is questioned after Rishi Sunak refused to provide adequate funding.

Boris Johnson is under a continuous test of leadership in the face of the Cop26 Summit. There is a clear opposition by the political authorities and Chancellor Rishi Sunak. For which climatic actions are not applicable.

The government of Boris Johnson is under the eye of the Cop26. They are to publish a long awaited report on net zero strategy on Monday. This will pertain to how the UK will achieve its CO2 target.

According to the previous agreements, the UK stated that it needed to cut CO2 carbon emissions by 78% before 2035. However it must reach the net zero level as of the year 2050.

The report also includes the strategy of heating and insulating homes. That is to phase out gas boilers and replace them with green energy. However, campaigners have said that the UK’s government is poised to fail to meet the requirements. They haven’t provided the well funded blueprint for reaching it’s net zero carbon level.

The campaign director at green thinktank E3G is Mr. Ed Mathew. He has made a certain analysis over the UK’s government on climate actions. He said that if the ruling bodies failed to change their own house to reach the net zero level then their leadership is questionable for this.

Mr Mathew added that it is really astonishing that the UK government has not mentioned climate change. For them, it is the single greatest threat to the UK economy.

Thus he urged that without the Treasury no government could be on track for net zero. Mr Mathew warned them saying that they don’t need  just the policies but investment.

Recently one of the political leaders and Chancellor Mr. Sunak has opposed funding to the climate Reforms. He refused to devote new cash to the climatic effort.

Mr. Sunak was notably silent on the climate and the net zero strategy in his speech to the Tory Party Conference. He hasn’t mentioned any word for the upcoming Cop26 Summit.

However, Boris Johnson has denied any kind of opposition, reporting to the media. He said that the government is taking its whole approach and every department has signed up to the net zero level. He added that preparation of the climate reforms with the Treasury has been smooth.

The Green Campaigners analysed the wrong practices of the UK government to reduce carbon emissions. The government is lobbying the fossil fuel industry. They agreed on making Hydrogen, a leading part of its net zero strategy.

However the campaigners urged that these are clearly the false Solutions from the government. They said that some forms of hydrogen are not low-CO2. They further require fossil fuel to convert into hydrogen while storing CO2.

According to Mr. Mathew, the hydrogen boilers are unsustainable and greenwash. They will increase energy bills on a higher level. Hence, considering hydrogen would be false.

Thus, there must be a clear solution to convert to green energy. For this they need to follow genuine green hydrogen methods. Hydrogen must be produced using renewable energy.