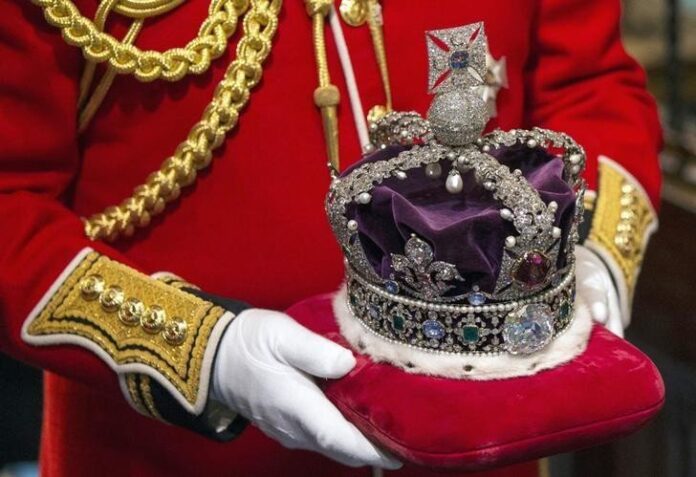 Calls for Kohinoor’s return gained momentum after Queen’s demise. On the other hand, Netizens demanded the return of Tipu Sultan’s ring, Elgin Marbles, Rosetta Stone and Great Star of Africa.

Accordingly, after the passing of Queen Elizabeth II, a trend has emerged on social media platform Twitter.

There are  demands for the return of Kohinoor diamond back to India. And, other precious items taken by the British from different countries during the colonial era.

London authorities have taken Britain Queen’s crown to the Norman Porch of the Palace of Westminster. However, there is a trend on Social media that demands are growing to return India’s Kohinoor back.

Accordingly, the netizens demanded that diamonds and other precious items should be brought back to the neighbouring country.

However, they presented these to Queen Victoria in 1850 and now these sit on display as part of the Crown Jewels in the Tower of London.

Now, the one thing that’s getting highlights is how the UK has many things in possession. Maybe these were either taken away or looted from other countries during their colonial reign. Following is a list of precious items in the custody of the British Empire.

List Of Precious Items In The Custody Of British Empire

The British had allegedly taken Tipu Sultan’s ring in 1979. However, according to many media reports, they sold the ring at an auction in the UK. The price was  around 145,000 British pounds.

According to different media reports, in 1803, Lord Elgin allegedly removed the marbles from the Parthenon’s decaying walls in Greece. Then, transported them to London.

However, since 1925, Greece has been asking for its priceless possession. But Britain authorities have kept these marbles in the British Museum.

Previous articleiPhone Makes Up The Majority Of U.S. Smartphones
Next articleJeff Bezos’ Rocket Blue Origin Exploded A Minute After Lift-Off