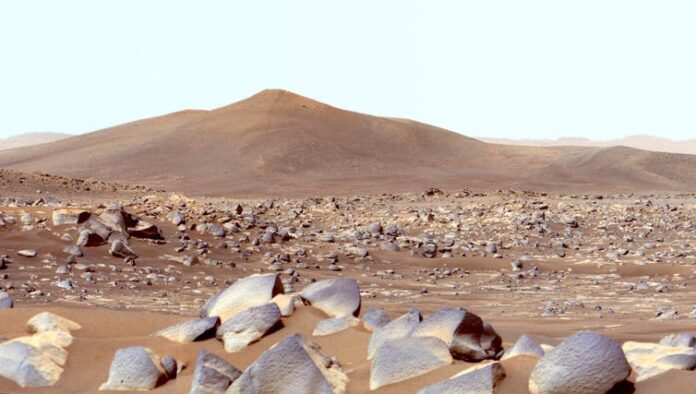 With the aim to find life on mars for humans, one must know that could people take breath on Mars? Because, when you just landed on the Planet Mars, what would you need to survive?

People must need oxygen to breathe first, and then water, food, shelter. Life on Mars could not be possible without oxygen. If you don’t take breath, you will die.

However, space researchers are finding out whether there is any oxygen, and water available on Mars.

Could People Get Required Oxygen On Mars?

As you know that humans do survive on oxygen. Some plants and bacteria provide it to humans. However, only 21% of the air is oxygen which people take for breath. And, the rest is about 78%.

Let’s check about the Martian atmosphere. It is relatively thin and its volume is just 1% to that of the Earth’s atmosphere. Therefore, there might be 99% less air on Mars than on Earth.

Also, the gravity of Mars isn’t strong enough to hold atmospheric gasses. The thin air present on Mars is carbon dioxide. And for humans, it is a poisonous gas. Accordingly, 96% of the air in Mars.

Mars does have an extreme environment having a little liquid water on its surface. On the other hand, it has very cold temperatures at night which is over -100 degrees Fahrenheit.

However, there are many organisms on Earth that survive in the Extreme environments. Such as on Earth, there is life in the Antarctic ice or at the bottom of the ocean.

Thus, it might be possible for Mars to have existed some billions of years ago. And that is the goal of NASA’s Mars Perseverance Rover mission. They are to look for signs of ancient life on Mars.

NASA’s Objective To Find Life On Mars And Oxygen

NASA’s Perseverance has set goals to search for fossils of organisms from Martian rock. That is, the signs of primitive life, like microbes on Mars.

Adding to this, NASA do have one of the important instruments on board the Perseverance Rover is MOXIE. Accordingly, MOXIE is such an incredible device that throws out carbon dioxide from Mars. Also, it is capable of turning it into oxygen.

Thus, MOXIE needs to work accordingly as scientists hope it will in the future. By this, Astronauts will be able to make their own oxygen. Also, they could make it a component of rocket’s fuel to fly back on Earth.