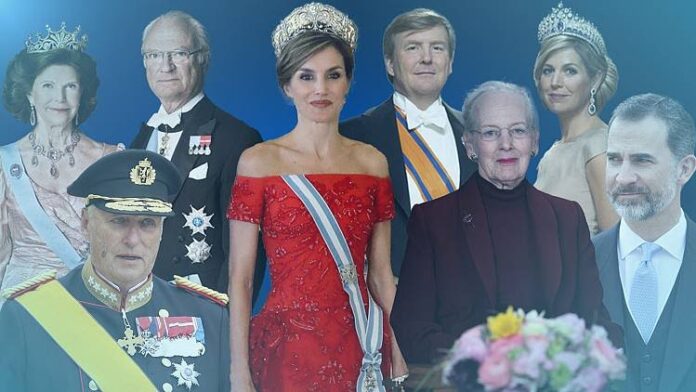 European Royals to attend the Funeral of Queen Elizabeth II on Monday. Accordingly, on the day of the Funeral, you will see the biggest gathering of royalty this century.

There will be Reigning monarchs, crown princes and royals representing tens of millions of people. They are to arrive from the Middle East and Asia.

However, these are the members of European royal houses. Those had a particularly close relationship with Her Majesty. Including some of the friends and many as relatives.

Denmark’s Queen Margreth II will be attending the funeral. She will be there along with Crown Prince Frederik and Crown Princess Mary.

Accordingly, Queen Margrethe II will also be attending the funeral, just after celebrating the 50th anniversary of her own reign.

Queen Margrethe II is a third cousin of Queen Elizabeth II. Also, she has relations with  the monarchs who were descendants of both Queen Victoria and also King Christian X of Norway.

King Philippe of Belgium will be attending the Queen’s funeral. Accordingly, Belgium’s King Philipee and Queen Mathilde will be

representing Belgium at the funeral on Monday.

Interestingly, Philippe’s ancestor is King Leopold I, the first King of the Belgians. And, he was also Queen Victoria’s uncle. Then, Queen Victoria was Queen Elizabeth II’s great-great-grandmother.

Accordingly, they have a very special connection to the UK. Grand Duke Henri wrote to King Charles III.

“The Queen played a considerable part in shaping the history of the United Kingdom as its longest-serving monarch. We profoundly admired Her moral strength and determination. She was an exemplary monarch, most loved and respected by people all over the world.”