Floods In Pakistan: A Thousand Dead And Millions Impacted By Floods 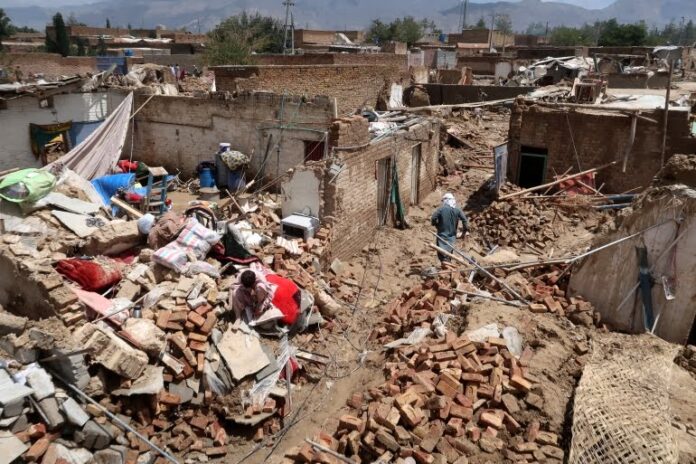 Floods in Pakistan, the disaster has caused deaths of thousands of people in the country. It has impacted millions of people and many are still helpless.

Accordingly, the flash floods triggered by heavy monsoon rains across. Due to which much of Pakistan has killed nearly 1,000 people. However, thousands have lost their homes since mid-June.

Floods In Pakistan And Disaster

Prime Minister Shehbaz Sharif said that over 33 million people had been impacted by the floods. That is about 15% of Pakistan’s whole population. He blamed “the horrors of climate change” for the natural disaster.

Accordingly, the new death toll came a day after Prime Minister Shahbaz Sharif asked for international help. The country has to battle with deadly flood damage in the Islamic nation.

He further said that, construction in flood-prone areas, and endemic corruption, also exacerbate the problems in flooding.

Accordingly, the monsoon rains began earlier than normal this year. This has lashed Pakistan with particularly heavy rains and flash flooding.

The national army and rescuers have played their role. Most of the rescuers struggled to evacuate thousands of marooned people from flood-hit areas. And, the crisis forced the government to declare a state of emergency.

On the other hand, in response to Sharif’s appeal for international aid, the United Nations planned a $160 million  donation. That is to be a flash appeal for donations which will be launched on 30 August.

Accordingly, Information Minister Maryam Aurangzeb said soldiers and rescue organisations were helping people. In order to reach safety in many districts of the country. Those include southern Sindh, northwestern Khyber Pakhtunkhwa, eastern Punjab and southwestern Balochistan.