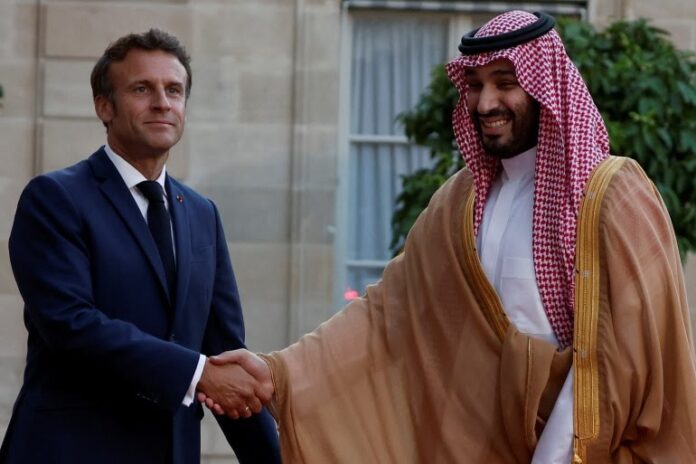 France’s Macron held talks with Saudi Crown Prince Muhammad Bin Salman in Paris. The Prince’s visit to France has been controversial, and criticised by some in his country.

The talks in Paris were seen as a diplomatic rehabilitation of the de facto leader of the Saudi kingdom. Accordingly, the French president had indicated ahead of the talks on Thursday.

Now, Macron would urge Saudi Arabia to increase its oil production to help bring down crude prices. However, it is reiterating a request by United States President Joe Biden during a visit to Riyadh earlier this month.

On the other hand, the two leaders also discussed the war in Yemen. Accordingly, the French president commended what he said were efforts by Saudi Arabia. That is about “finding a political, global and inclusive solution under the aegis of the United Nations. And, expressed his hope that the truce continues.

A statement by the presidential office on Friday had no explicit reference to oil or gas. But, it said Macron had “underlined the importance of continuing the ongoing coordination with Saudi Arabia. With regards to the diversification of energy supplies for European countries”.

Also, the French statement said that Macron and MBS also discussed food security amid fears of famines. Those are due to the loss of Ukrainian grain, and agreed to work “to ease the effects” of the war in Ukraine.

“The President and the Crown Prince of Saudi Arabia underlined the need to bring an end to this conflict. And, intensify their cooperation to ease the effects in Europe, the Middle East and the wider world.” Macron’s office said.