Japan to release Fukushima’s contaminated water into the ocean 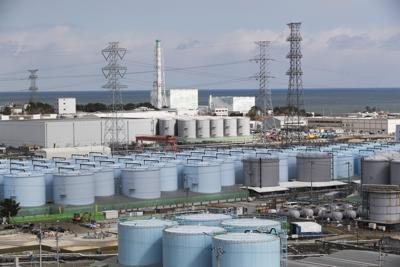 Japan’s new PM announced that Tokyo will go ahead with the plan to dump more than 1,000,000 tons of contaminated water from the Fukushima nuclear power plant into the Pacific Sea.

Kishida, who made his first trip to the plant, at the end of the week, since becoming PM in September, said that every effort is underway to console local individuals that discarding the water in the Pacific Sea is safe and protected.

Kishida, who stood by the plan of restarting the nuclear reactors that were on standstill after the Fukushima incident, offered flowers and prayed at one of the landmarks located near the disaster-struck Namie – one of the few communities close to the plant that were declared no-go areas after the calamity.

Ten years ago, the most terrible earthquake ever recorded, struck off the eastern coast of Japan. The 9.0 magnitude earthquake was so powerful that it moved the Earth off its pivot. It set off a tsunami wave that cleared over the main island of Honshu.

At the Fukushima nuclear power plant, the tremendous wave flooded over defences and flooded the reactors, starting a significant catastrophe. Specialists marked an exclusive zone that became bigger and bigger as radiation spilt from the plant. It forced more than 150,000 people to evacuate from the dangerous area.

What happend to the Fukushima nuclear plant

Systems at the nuclear plant detected the earthquake and automatically shut down the nuclear reactors. Emergency diesel generators went on to keep coolant siphoning around the cores, which remain staggeringly hot even after reactions halted.

Soon after a wave over 14 meters (46ft) high hit Fukushima. The water overpowered the defensive sea wall, flooding the plant and taking out the emergency generators.

In the days that followed the nuclear fuel in three of the reactors overheated and mostly liquefied the cores – something is known as a nuclear meltdown. The plant likewise experienced various chemical blasts which seriously harmed the infrastructure. Radioactive material started spilling into the atmosphere and the Pacific Ocean.

Last month, operates of Japan’s disaster-struck Fukushima nuclear plant have disclosed ideas to develop an undersea passage to dump more than 1,000,000 tons of treated water from the site into the sea.

Plans for the 1km passage surfaced after the Japanese government decided in April to dump the collected water in two years.

What is the government saying

Japan’s administration said that dumping the water is the most practical choice. It will empower labourers at the site to continue with decommissioning the plant. It is an expensive operation that might take around 40 years to complete.

Specialists say tritium – a radioactive isotope of hydrogen – is only dangerous to people in exceptionally enormous doses. While government and Tepco authorities have pointed out that functioning nuclear plants regularly dilute and discharge tritium into the ocean.

Japan has requested help from the International Atomic Energy Agency to guarantee that the release fulfills global security guidelines, including treating the wastewater so its radioactivity levels are beneath lawful cutoff points.