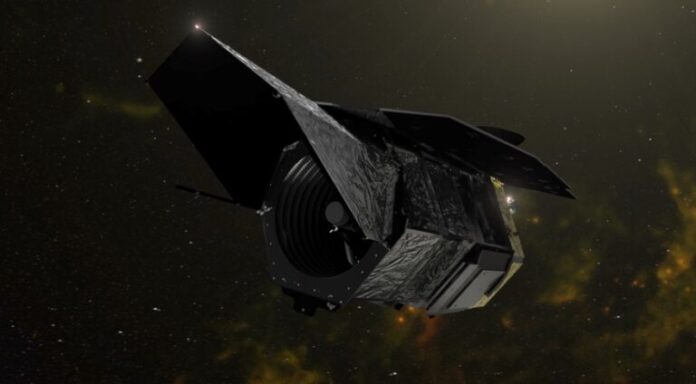 NASA selected Falcon Heavy to launch Roman Space Telescope. The launch will be taken place in October 2026. Accordingly, NASA has awarded a $255 million contract to SpaceX for the launch July 19.

Recently, NASA and SpaceX have made a contract to launch the Nancy Grace Roman Space Telescope on a Falcon Heavy. However, the contract would be at a price significantly higher than most previous agency contracts.

NASA has announced that it awarded a contract to SpaceX to launch Roman. They are using the company’s Falcon Heavy rocket in October 2026 from the Kennedy Space Center in Florida.

Accordingly, the contract is valued at $255 million for the launch and other costs of the mission. However, the value of the launch contract is much higher than most previous NASA awards for Falcon Heavy missions.

About a year ago, NASA  awarded SpaceX a contract for a Falcon Heavy launch. That was for the Europa Clipper mission to Jupiter in 2024, its value was at $178 million.

The Roman Space Telescope is the next large, or flagship, astrophysics mission after the James Webb Space Telescope. It features a 2.4-meter primary mirror. They donated it to NASA a decade ago by the National Reconnaissance Office.

Also, this has a wide field instrument and a coronagraph. These are to conduct research in cosmology, exoplanets and general astrophysics.

Accordingly, the spacecraft, has a mass of about 4,200 kilograms. This will operate from the Earth-sun L-2 Lagrange point. That is a region of space about 1.5 million kilometers from the Earth in the direction away from the sun.

Additionally, the Roman Space Telescope is a key mission for NASA. It is not just for science but also program management. Accordingly, the mission is the top priority flagship mission from the 2010 astrophysics decadal survey.

According to the most recent decadal survey, NASA has concluded Roman “remains both powerful and necessary. These are for achieving the scientific goals” set forth in the earlier survey.