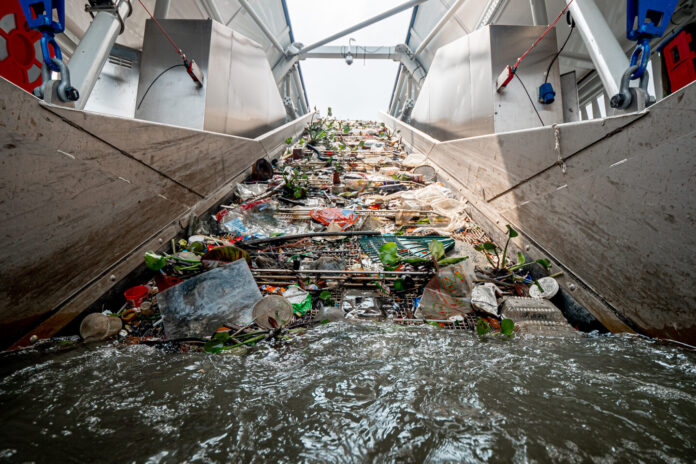 Plastic-busting inventions are taking great concern in the world. There’s an incomprehensible amount of plastic in the ocean.

Estimates put the known total at 5 trillion individual pieces, or around 150 million tonnes. An additional 8 million tonnes finds its way into the ocean every year.

But, several inventions took place for the removal of plastics from rivers and oceans.

Around the world, inventors, scientists and entrepreneurs are trying to innovate different solutions. With everything from plastic-munching machines, to watchful drones and microplastic-dissolving technologies.

Here are some of the new techniques as Plastic-Busting throughout the world.

#Hoola One, A Canadian Innovation

Hoola One, a Canadian invention to tackle the huge problem of microplastics in beach sand. Accordingly, this hoover-like contraption sucks up sand, then uses a tank of water to separate floating microplastics.

Meanwhile, the microplastics (the machine can capture fragments as small as 0.05 millimeters) are siphoned off and contained. So far, Hoola One has been tested on Kamilo Beach in Hawaii, one of the most polluted shores in the world.

Thus, trials showed it could clean three gallons of sand a minute. Also, gobble up 48 kilograms of microplastics in just a few hours.

The Netherlands’ Great Bubble Barrier intercepts waste with the help of a pipe. Accordingly, to fit with holes, and laid across riverbeds.

When there is full air in the pipe, it releases a dense stream of bubbles. And, for plastic, it creates an almost impassable wall across the river. Waste is diverted towards the riverbank, where it’s gathered and recycled.

Now they installed a permanent Bubble Barrier in one of Amsterdam’s canals. There, it stops plastic entering the IJssel, the North Sea and ultimately the global ocean.

From the Dutch company RanMarine, there’s the WasteShark. It is an autonomous water drone, about the size of a canoe. That skims the calm waters of ports, harbors and marinas and gulps up any floating trash and polluting oils in its path.

Accordingly, the device can collect half a tonne of waste a day. Then, return it to land for repurpose. And, the WasteShark also measure water quality as it putts around.