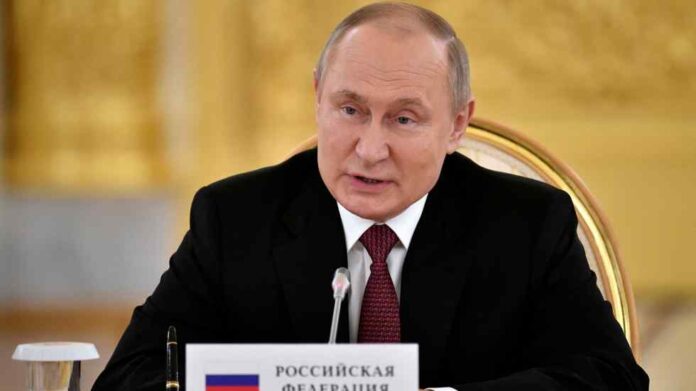 Putin gave a new warning to Finland and Sweden over NATO’s Installation. The President says Moscow will respond ‘symmetrically’ to any deployment. And, the State Department accuses NATO of trying to destabilize Russian society.

Russian news agencies quoted Putin’s statement. He could not rule out emerging tensions  in Moscow’s relations with Helsinki and Stockholm after they became NATO members.

“We don’t have problems with Sweden and Finland like we have with Ukraine,” Putin told a news conference in Ashgabat, the  capital of Turkmenistan. And, “we have no territorial differences.”

However, he warned, “if they deploy military forces and military infrastructure there, we will respond in a symmetrical manner. And, pose similar threats to the regions.” territory where threats have emerged to us.”

Russia’s Reaction On  NATO Membership To Finland And Sweden

Earlier, Russian officials  reacted angrily to the offer of NATO membership to Finland and Sweden. Also, calling it an attempt to “destabilize” that would increase tensions in the region.

On the other hand, the Russian Deputy Foreign Minister Sergei Ryabkov told reporters on Wednesday: “We condemn the North Atlantic Union’s irresponsible act that is destroying European architecture, or what remains of it”.

Also, some say Russia will target countries in Eastern and Northern Europe. Also, that have condemned the war and joined international aid and sanctions efforts.