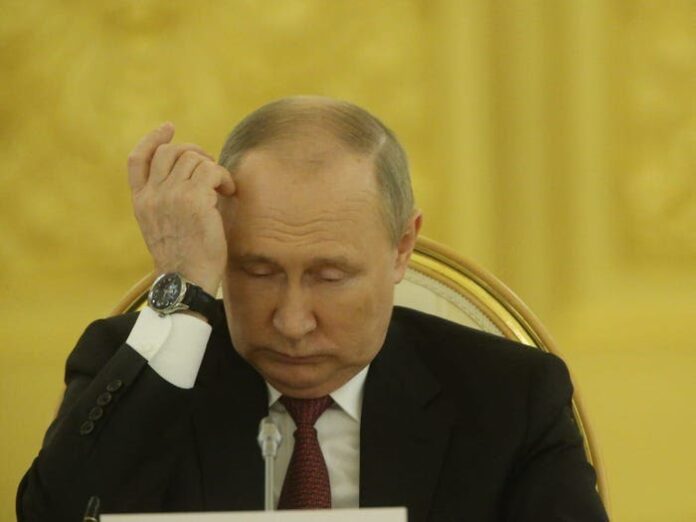 According to the research, Russia has taken a devastating hit in the economy since the start of the Ukraine war. Researchers write:

“Russia has lost companies representing ~40% of its GDP, reversing nearly all of three decades worth of foreign investment.”  They added that this situation has been worsened by an “unprecedented” capital and population flight.

Accordingly, there are more than 1,000 companies that have curtailed their operations in Russia. The exited the country entirely since the start of the Ukraine war, across almost every industry from fashion to finance.

Impacts Of Deterioration Of Russian Economy

Yale’s research says the international sanctions have “irrevocably deteriorated” the Russian economy. This has critical impacts to Russia’s exports and that imports into the country have “largely collapsed.”

Accordingly, this has led to “widespread supply shortages” inside Russia and caused domestic production. Because, it relies on imports across all industries, to grind to a halt.

Moreover, the Yale team writes that Putin’s delusions of self-sufficiency and import substitution have failed. Now, Russian domestic production has come to a complete standstill. There is no capacity to replace lost businesses, products and talent.

Now, Russia’s status as a leading commodity exporter has also been dealt a blow, according to researchers.

“Russia’s strategic positioning as a commodities exporter has irrevocably deteriorated. Now, it deals from a position of weakness with the loss of its erstwhile main markets. And, faces steep challenges executing a ‘pivot to Asia’ with non-fungible exports such as piped gas,” they write.

Previous articleFrance’s Macron Held Talks With Saudi Crown Prince MBS in Paris
Next articleInflation In The Eurozone Reached At An All-Time High Of 8.9%