Simba Lion, A Russian Victim Of The Wildlife Trade, Began A New Life In Italy 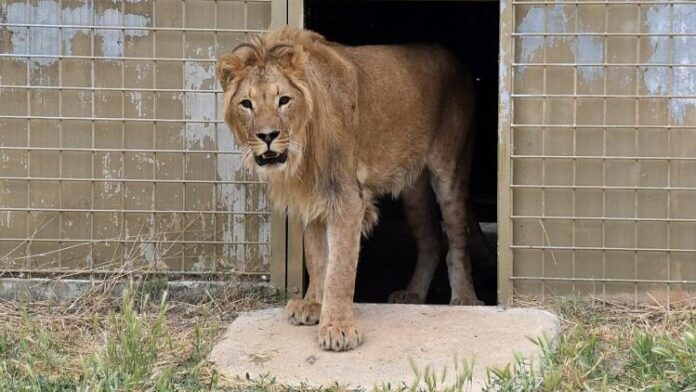 Simba sighed and cried with grief when they found him in a cardboard box in an old garage near Moscow. Just weeks away and missing most of her hair due to a skin disease, she became so weak and could barely stand.

Simba was first treated at Wild Nature Hospital in Russia. They transferred to the Wildlife Rescue Center in Belgium in December 2021.

And, a team of specialists cared for it there.  Born Free built a permanent home for it at the Animanatura Wild Sanctuary in Tuscany.  They brought Simba to the Wildlife Rescue Center in Belgium in December 2021.

On Monday, Simba began his 800-kilometer journey from Belgium to Italy. He has now arrived and live in a makeshift corral.

“Born Free Foundation has always emphasized the importance of each individual wildlife. And, Simba is a symbol of that.

Accordingly, the foundation helped organize the lion’s journey. To Western Europe, but only a few months before the outbreak of war.

Born Free Foundation has played a great role in saving lions from the worst forms of human exploitation. Accordingly, those from the wild, circuses, zoos or canned hunting facilities.

And, it is so important to us too, said Born Free CEO and co-founder Will Travers.

Statement Of Will Travers

By 2022,  the “Year of the Lion,” “there was never a more important time to protect and prioritize the future of animals.”