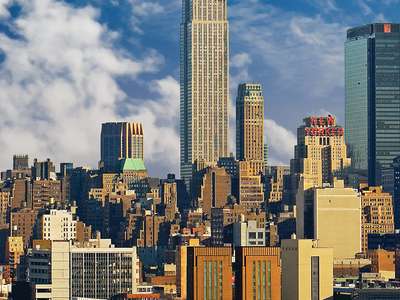 Skyscrapers, the term refers to the building that almost touches the skies. This is the innovation of modern technology and development of architecture. First Skyscraper building is known to be the Home Insurance building in Chicago.

Skyscrapers do have Evolutionary facts and features. Engineers had used distinct construction techniques to design and construct the skyscrapers.

William Le Baron Jenney was the first Architect and Engineer to build the first Skyscraper in 1884. He is also known to be the father of American Skyscrapers.

With the growth of population, science and technology also get it’s height. Architectural development grows across history. Americans are known to be the main builders and developers in the history of Skyscrapers.

The great innovation in construction starting from the concrete structures by Rome, now the Skyscrapers have been the most important innovation of the history of construction.

Peruvian Architect Francisco wrote the book on the history of Skyscrapers. He included the history and development of modern skyscrapers around the world.

In this book, he categorized Skyscrapers in three evolutionary steps of construction. These started from Pre-Skyscrapers, the Embryo Skyscrapers and then Modern Skyscrapers.

Prior to the history of arts and architecture, there were several evolutionary studies in the world on Skyscrapers. Tallest buildings have been the trend of the post industrial era.

Evolution begins with the invention of elevators and steel frame structures in the buildings.

The Insurance Building Chicago was the first Skyscraper with the first all-steel frame structure built in the world.

On the other hand, Montgomery Schuyler, an architecture critic from New York published the article titled “The Evolution of the Skyscraper”. Where he proposed many names for being the title of first Skyscraper.

The Equitable Life Assurance Building In New York, The Tribune Building and The Western Union building were among the main examples. These were completed in the late 20th Century.

However, there are several Evolutionary facts and Characteristics of the tallest buildings in the world.

Following are some of the facts and Characteristics of Skyscrapers:

Previously these buildings originally had 10 to 20 floors. Now with the development of modern Skyscrapers are high-rise buildings with unusual heights of 100- 200 stories and above.

Accordingly to raise a significant height, the engineers and architects included steel and concrete for the strongest foundations as such in Pile Foundations and others.

However, the building skeleton is totally of steel, while supportive material would be the usage of glass and metal. Thus, there is a greater approach in design and constructional techniques.

Increasing Cost Of The Skyscrapers

Cost is one of the major factors in construction. The cost of Skyscrapers are not dependent on the deduction of plot costs or any other related concern.

However, with the rise of story adds a significant rise in its cost of construction. So, it will be further costly in these terms. Moreover, the increase of cost would be due to the value of the area and surrounding facilities in the building.

There are two major roles of Skyscrapers in its entirety, explains Architect Simon Chan from Hong Kong. One of the roles is it’s significance of the City’s Landmark. For example Burj Khalifa the tallest building in Dubai.

The Second would be the significance of place to accommodate the growing population due to scarcity of land. Many Americans Skyscrapers with multiple purposes such as residential, commercial and banking sectors include.

The challenges of global warming are becoming far higher than the heights of Skyscrapers. The construction contributes about 40% of the greenhouse gas emissions.

However, engineers and architects do have established certain constructional solutions in this context. They are now encouraging sustainable energy in the buildings.