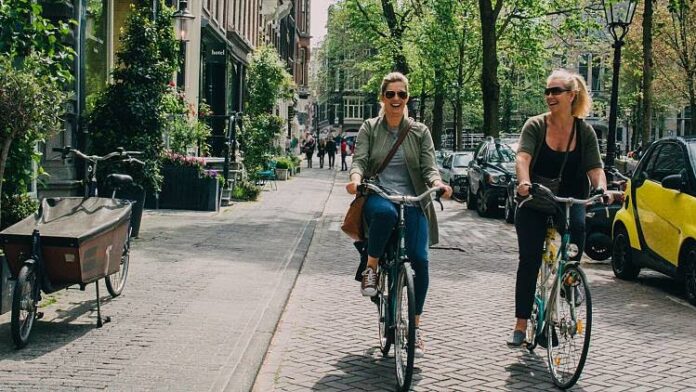 Top 5 bike friendly cities in the world. Cycling lovers know how enjoyable it can feel to zip along a bike path. They are taking in the charm of a city on their bikes on the downsides of crammed public transport.

Accordingly, it has been a global concern of governments worldwide. They are trying to cut carbon emissions. And more and more cities are encouraging people to ditch cars and advising them to hop on bikes instead.

Top 5 bike friendly cities mostly belong to Europe, according to this year’s Global Bicycle Cities Index. Let’s discuss some of its amazing facts.

The top bike friendly city in the world is the Dutch city of Utrecht. Accordingly, the city boasts high scores for its cycling infrastructure and weather conditions. Interestingly, more than half of its population (51 per cent) uses a bicycle in everyday life.

The German city of Munster has a low rate of cycling fatalities. Accordingly, more than 39 percent of residents use bikes on a daily basis. And, interestingly, Munster also regularly hosts events promoting cycling.

On the other hand, the city has a strong bike-sharing system and “car-free Sunday” events. This has made it indisputably friendly to cyclists.

This Danish capital is not only safer for cyclists, but it’s also safer for bikes. The city has a low theft rate and “no car days”. Moreover, the capital city of Copenhagen invests a lot in cycling infrastructure.

Also,most of the residents who cycle continue to do so throughout the long and tough Danish winter.

This Dutch city may be the top city for cycling, but there are many safety issues there. Accordingly, Amsterdam’s safety score may be what’s holding it back in cycling.

You know what? Amsterdam is home to over 1,000 accidents per 100,000 cyclists. And, that’s nearly five times more than its closest rival, Copenhagen.