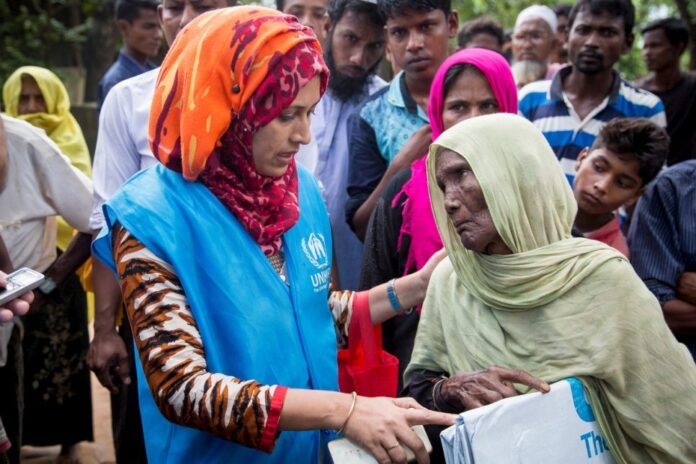 Accordingly, they discussed factors that are leading to a rapid increase in the movement of people around the world. UNHCR spokeswoman Carlotta Sami said 100 million people had been displaced. As part of a refugee crisis affecting all continents.

The Rome Conference was held on World Refugee Day on 20 June. The Agency emphasized the importance of establishing a safe transition and integration policy for migrants.

Accordingly, they discussed the drought due to climate change and the Russian invasion of Ukraine. And, the problems of grain availability and fuel prices, and food security around the world.

Among the delegates were refugees who told their own stories. Abdullahi Ahmed, who was councilor in the northern Italian city of Turin in 2021. Accordingly, he crossed Africa at the age of 19 from his home in Mogadishu through Sudan, Ethiopia, Libya, the Mediterranean to Italy.

Yasmien Abdul Azeem, 33, fled the war in Syria and lived in Lebanon. And, he was one of the first refugees to enter the humanitarian corridor in Italy in 2016.

Since then, he has worked as a cultural mediator and founded a catering company that serves food in Syria.

“I fled the war and lived as a refugee in Lebanon for two years. There I met the Community of Sant’Egidio, the Humanitarian Corridors, the Evangelical Church, and the Friends. Then, they suggested we go. Here and start.” A new life because the situation is worse, even in Lebanon there is a crisis, a political conflict, a lot of problems, “he said.

Previous articleHow To Improve Your Immunity  With 4 Common Vitamins?
Next articleWorld Swimming Prohibits Participation Of Transgender Athletes In Women’s Events