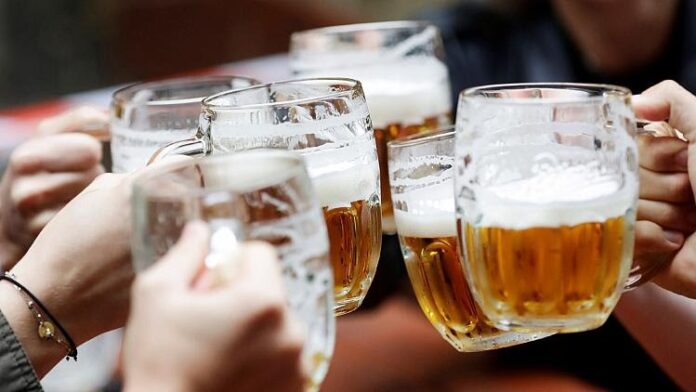 Underage drinking problems have been common in Czech Republic. Reports came from a new civil society campaign. It writes: “should parents really give alcoholic drinks to their children”?

However, Czech Republic has ranked as the largest consumer of beer in Europe. Many of the civil societies are battling against the critical situations.

Czech Republic has raised the use of alcohol drinks labeling it to be healthy and safe for the children. In South Moravia, parents used to give wine to their children to help produce good blood.

Also, many of the people give their children a spoon of Slivovice. It is a traditional plum brandy. Thus, it improves the condition of children’s stomachs.

On the other hand, many of the parents wanted to be sure their children were safe with alcohol. They used to allow their teenage children to take wine or beer at home in a safe and controlled environment.

Last month the organizers of Nielsen Admosphere, a local research agency, made a survey. This is about more than 1,000 parents and children of age between 3-15.

Accordingly, 27% of parents believe that giving their children an alcoholic drink is harmless. And, should be of 0.5% alcohol content.

However, this thought has risen among 36% of parents with children of age 11-15. On the other hand, a majority (56%) think that a 0.5% content of alcohol wasn’t even an alcoholic drink.

People of Czech are growing towards markets of So-called “non-alcoholic” or low alcoholic drinks. These are styled as healthier and less intoxicating.

Also, some drinks have beer flavors like lemonades or radlers. However, people used to take these drinks on a regular basis. About 7.3% of total drinks in Czech were under the categories of beer.

Moreover, their domestic markets have grown up worth €72 million this year. This is almost doubled from last year.