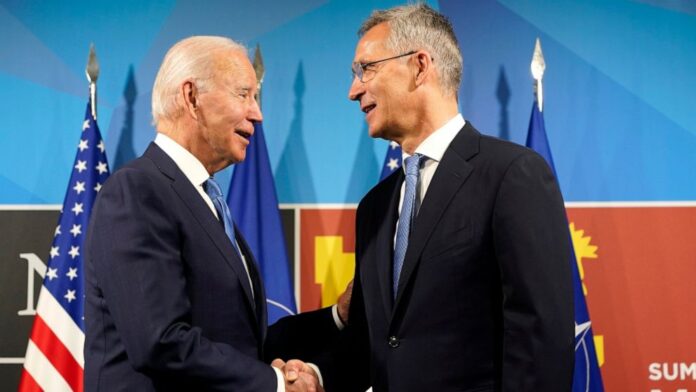 The US is strengthening forces towards Europe due to the Russian threat. The United States will strengthen its military force across Europe.

It is sending more troops, planes and ships  over threats from Moscow following the Russian invasion of Ukraine. Joe Biden said at the annual NATO leaders’ summit in Madrid.

US Is Strengthening Forces Towards Europe

The US president said Washington had set up a permanent headquarters in Poland. And, sent two more squadrons of F-35 fighters to the United Kingdom.

Accordingly, they would send more air defense and other capabilities to Germany and Italy. The number of destroyers in Spain will increase to six out of four and the US is also increasing its military capabilities in Romania and the Baltics.

Also, President Joe Biden gave details of the development of US troops in Europe. When he met with NATO Secretary General Jens Stoltenberg in the Spanish capital.

However, this was followed on Tuesday by the announcement. That the United States would build two more destroyers at its Rota naval base in Spain. The United States supplies most of NATO’s military force.

“NATO is strong and united and the steps we are taking at this summit will increase our collective strength.”

“Today I announce that the United States will improve our position in power in Europe. And, respond to the changing security environment, as well as strengthen our collective security.”

On Monday, the Secretary General announced a huge increase in the response rate of NATO troops. That is ranging from 40,000 to 300,000, significantly strengthening the Alliance’s eastern side.

The US president posed with Stoltenberg and 29 other national leaders in a photograph of the much-anticipated military alliance summit.

Previous articleTetraneutron, A Newly Discovered Exotic State Of Matter
Next articlePutin’s New Warning To Finland and Sweden Over NATO’S Installation