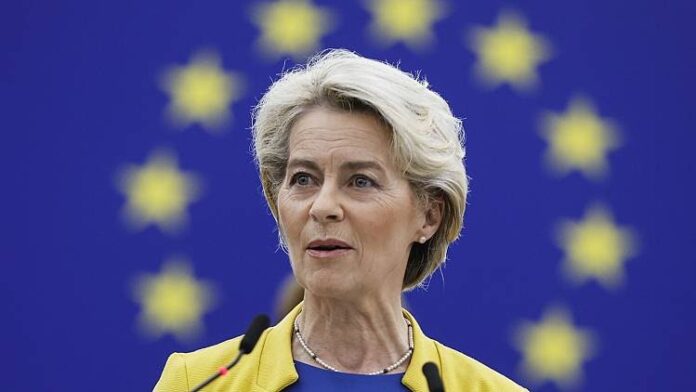 Ursula Von Der Leyen delivered the annual state of the EU Speech. Accordingly, during her address in the parliament in Strasbourg, she outlined  her thoughts and priorities.

The speech reads about how to assist Ukraine in its war against Russia. And, also about to shield European households and businesses from crippling energy costs and record inflation.

Von Der Leyen delivered a speech in its annual session. She addressed the session in Strasbourg on September 14. Accordingly, Ukrainian First Lady Olena Zelenska was the guest of honour during the speech.

However, here were some of the areas in which the Commission made strides in the past year since the last speech. There were

Europeans who told about what they think about the state of the European Union.

Accordingly, the concerns about the energy crisis led to a sense that Europe was more serious amid the war in Ukraine.

EU President Von Der Leyen also stressed the importance of boosting the EU’s economy. She announced plans to be investing €700 billion into the EU economy.

Accordingly, she recalled that they have only disbursed €100 billion of the €800 billion post-COVID recovery package to date. She further said:

“This means 700 billion euros have still flown into our economy.”

Von Der Leyen continued her speech announcing a new benchmark in gas markets. She proposed the plans to replace TTF.

“Gas markets have changed dramatically. But the benchmark used in the gas market TTF has not adapted.”

However, she added that consumers should “reap the benefits” of lower-cost renewables. Adding to this, she urged that they would do a “deep and comprehensive reform of the electricity market”.