What did Europeans gain by exploring Africa? 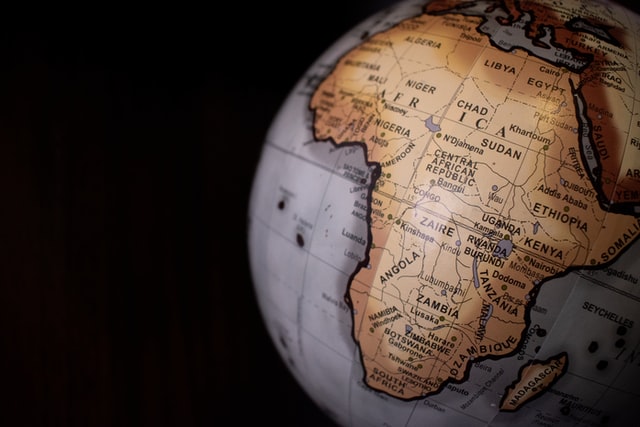 With the discovery of the sea route to India, the European become increasingly familiar with the continent of Africa; explorers particularly took note of its extensive and diverse nature reserves.

Gold and diamonds were found in plenty in the South of Africa- the British and Boyers bought here for a good bargain.

Even the churches began to take interest in this continent and sent their missionaries deep into the interior of Africa. From all over Africa, especially Timbuktu, numerous tribal people were caught and forcibly sent over Africa as slaves.

The plantation owner in America needed labor that was cheap and devoid of basic human rights in order to profitably operate their huge tobacco and cotton plantation.

This forced labor was initially extracted from captive Indians. They often died of diseases contracted from foreign settlers. For this reason, slaves were brought from African messy, because they were considered more resilient.

The slave trade was conducted in a triangular manner the European trader brought tools, weapons, and clothes to Africa. These articles were purchased by African tribal chiefs in return for slaves, whom they had bought or kidnapped from other tribes.

European traders brought the slaves to America, where they exchanged them for sugar, rum, tobacco, and other plant product these goods were in turn sold at a high price in Europe.

Why is Timbuktu famous?

The popular statement,’ From here to Timbuktu’ is widely used to describe a place extremely far away and regarded by many as a myth. Very few people are aware of this edition city’s existence.

Timbuktu is a town on this southern border of the huge Sahara desert, hardly accessible to the outside world for centuries. Europeans reached this remote African town as late as the 19th century.

However, by the 14th century, Timbuktu has become the center of the Carvana trade due to its abundant resources. Timbuktu reaches the peak of its prosperity around 1500.

Salt, gold, and other valuables, like livestock, weapons, pepper, ivory, and even slaves, were traded from Timbuktu. The town even boasted are university and several schools. Because of these unique mosques, the city was declared a UNESCO world heritage site in 1988.

What did the missionaries do in Africa?

Missionaries were sent to different countries by the western churches to convert non-Christians into Christians.

The missionaries who landed in the African colonies during and after the 16th century acted on behalf of their home countries and often supported acts of violence add exploitation. Today, churches run hospitals and other philanthropic institutions in most mission stations.

David Livingstone was one of the most well-known missionaries of the 19th century. He was a great explorer of Africa. Among other achievements, he discovered the source of the River Nile and on this X speed nation he was lost and no one heard from him.

The boers were decedents of Dutch people who settled in Africa around the middle of the 17th century, cultivated the land and raised cattle.

The word ‘Boer‘ comes from a Dutch word meaning ‘farmer’. As the British had made it their purpose to exploit the gold and diamond deposited of South Africa since the beginning of the 19th century and had thus conquered the land bit by bit, the Boers made a long migratory journey called the Greek talk to the north and established small cities there.

Many Boers also kept slaves. This is one of the factors that lead to the emergence of apartheid, and the practice of risker discrimination, in South Africa till the year 1922, this social evil the black population of the country at a severe disadvantage.