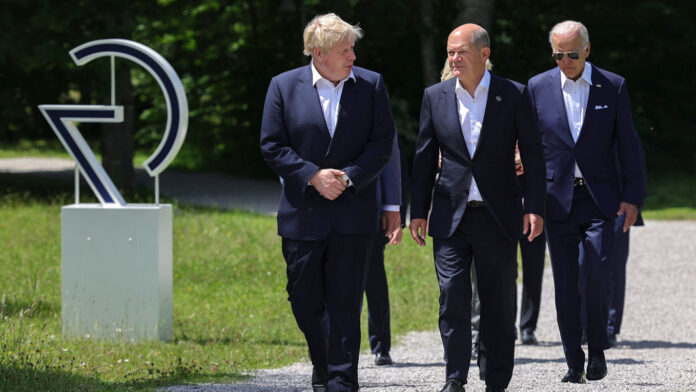 Ukrainian President Volodymyr Zelensky calls on G7 to “do everything in their power”. To end the war in his country by the end of the year, G7 sources said.

Accordingly, at a video summit in Ukraine, the Ukrainian leader immediately appealed to leaders. He urged for further assistance to his country and for “intense sanctions” against Russia.

Zelensky called on G7 leaders to play their part in supporting Ukraine against the Russian War. It came when G7 leaders promised to support Ukraine in the long run.

Zelensky “has very strong news that we must do everything in our power to try to end this war by the end of the year,” sources said. Also, he stressed the importance of “not reducing the pressure and continuing to force Russia harder, harder”.

Since the start of the Russian offensive in Ukraine on February 24, the West has taken several packages of measures.

Accordingly, during his speech, the Ukrainian president spoke “about the brutality of winter” in Ukraine, “where it is harder to fight.”

“By the end of the year, we will get into a situation where the positions freeze,” sources said.

Ukraine To Get International Support

According to a European official, Zelensky also called for anti-aircraft defense systems. He urged the security guarantees, as well as assistance in exporting grain from Ukraine and construction assistance.

On the other hand, G7 leaders pledged to “continue to provide every kind of assistance to Ukraine. Including financial, humanitarian, military and diplomatic support” to Ukraine “for as long as necessary”.

Moreover, seven industrialized countries (Germany, France, the United States, Canada, Japan, Italy and the United Kingdom) announced their support. They called on the first day of talks at the castle on Sunday

Accordingly, they announced that they would extend sanctions against Moscow by imposing a gold embargo mine in Russia.

Then, the move according to British Prime Minister Boris Johnson, will “target the Russian oligarchs directly. And, attack Putin’s war machine” because the West has already adopted several sanctions against Russia.

Previous articleNASA launched Its First Rocket From Australia’s Commercial Spaceport
Next articleCAPSTONE, The Electron Launches A Set Of Lunar Cubes